Rachel Friend on helping parents through a rocky start 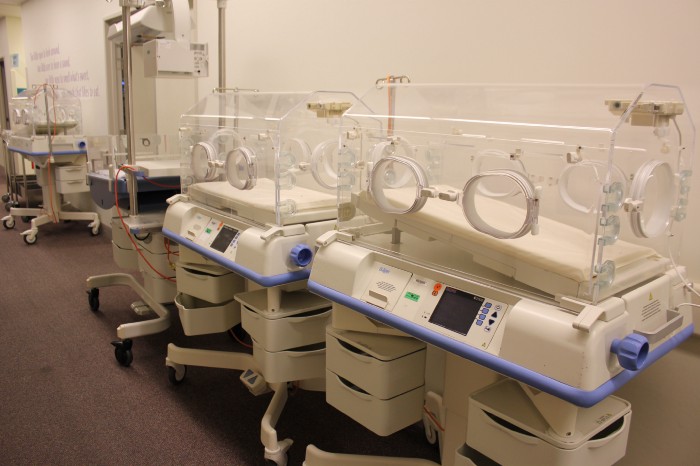 People who haven’t heard of The Neonatal Trust could consider themselves lucky, however those who have, love them. This is because The Neonatal Trust supports parents of the 1 in 10 babies who are born prematurely or full-term with health issues in New Zealand every year. On level 9 of Auckland hospital, in a small room bursting at the seams with tiny, lovingly-made booties, Rachel Friend — Executive Manager of the Auckland Neonatal Trust — shared her experience of being on both sides of the roller coaster journey of parenting a premature baby.

What was your own journey of going through NICU?

‍
I went through NICU with my wee boy Reuben, who’s now five and just started school. At 24 weeks, I went into spontaneous labour — we still have no idea why. It was a big shock and very stressful once he was here, with critical matters of life and death. I knew nothing; I didn’t even know babies survived at that gestation.

He was tiny; 665 grams, 30 cm long and really scrawny. His skin was translucent and his eyes were fused. We couldn’t hold him for 10 days because he was too fragile and his skin was so thin that it could tear.

Within the first three weeks, we nearly lost Reuben at least twice. You hear the alarm go off suddenly throughout the floor and you just go rigid. It’s like a SWAT team coming in — there’s paper flying everywhere and they’re tearing things open and trying to get stuff down his throat — but he came back both times. He went from fighting to breathe, to being discharged a week before due-date on no oxygen and no feeding tube, which was pretty amazing. But it doesn’t stop there. With the first few years you still hold your breath and look for red flags from a developmental point of view.


What advice would you give to other parents of premature babies?

‍
People will want to help, but they need directing. Have a list ready of things you’d like them to do or buy or donate because otherwise they’ll do stuff that you might not necessarily want them to do. If you want them to pay for a cleaner or My Food Bag, don’t be afraid to ask. Look after yourself, and hold onto the fact that your baby will not remember a single thing about the experience.

What about for friends of families going through a NICU journey?

‍
When baby arrives, celebrate it! People don’t know how to react to this situation, but it can be hard for parents when no one has congratulated them on their child arriving. Also, if the parents don’t want you to visit, don’t be offended, because it is really tiring and stressful and even one visitor per day is quite full-on. Appreciate that they’re busy while they’re on the ward.

I think there is a perception that your baby’s in an incubator and you just sit there staring at your child, but it’s nothing like that. The day is so busy and before you know it you’re going home again for the night.