The Future of Fundraising and Donating 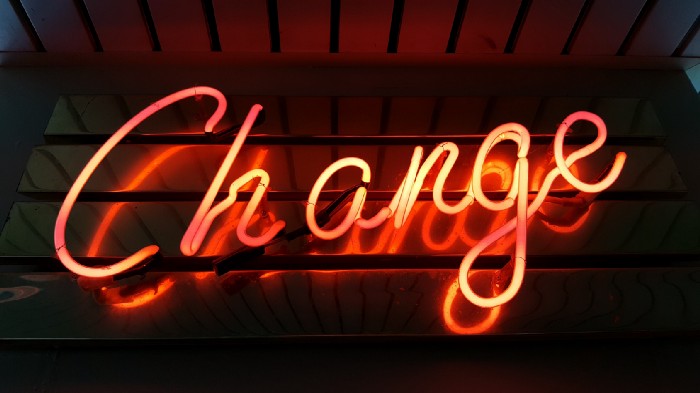 Here at CHIVE, we are super curious about understanding how people can do good with the $$$’s in their pocket.

We’ve recently been scratching our heads over what problems charities and givers face around donations, and how we can solve them. We’ve done a fair amount of research (including our survey of 125 Kiwis) but decided it was time to share our understanding with a mentor of ours who is ace at building business strategies.

We met at our local cafe (shout-out to Urban Grind) and told him our story, our thoughts of what needs changing, and how we intend to do it. Sipping his latte, he listened to us intently as we preached our vision for change. He was enthralled, but threw us off our caffeine-fueled stride with one simple question:

“What does the future of fundraising and donating look like?”

We knew instantly that to build a strategy we couldn’t just focus on the here and now, but needed to fully understand the future. We needed to know what direction the sector was going in, and how we can run with it.

We finished our coffees, thanked our mentor for his advice, and went away to hunt for answers. Unfortunately, neither of us are soothsayers, but we are pretty nifty at scouring the internet for answers. So we did just that.

The result? We have this article, covering 12 sources from fundraising and donation experts on what they think the charity sector will look like in the future.

How we went about predicting the future

These categories have been informed by secondary-sources that we have found using our friend Google. We acknowledge that this could limit the representation of voices and views on the topic. We have tried to counter this by mixing up words searched and using sources beyond the first page presented.

Despite this range of sources, there is an incredibly limited pool of data-led forecasting for the sector … Compared to other sectors, information is scarce. Most of the resources we could find were speculative, based on assumptions and biases that go no further than hearsay. We put this down to 2 key drivers:

The Future of Individual Fundraising

1 — How Charities will reach and convince donors

Organizations will move from annual reports to real-time reporting of their impact in the community. Fundraisers will become more adept at using digital communications technologies and creative design to inform donors about the impact achieved by their dollars. For their part, donors will demand such reporting. (1)

Nonprofit marketers are having to target each giving generation differently. According to the Global NGO Online Technology Report, Millennials’ giving is most inspired by social media whereas email has the most impact on Gen X and Baby Boomers. Meanwhile, it’s predicted Gen Z will prefer mobile apps. (2)

Donors of all ages are responding better to short, consumable, personalized content. Seek out opportunities to customize interactions while weaving the nonprofit’s impact story into every communication. (3)

2 — What methods of fundraising will matter

“Fundraising in the near future will be about online presence with auction fundraisers, virtual quiz fundraisers, and crowdfunding campaigns” (4)

Organizations will reduce the time between the giving decision and the actual transaction. One-click giving and other impulse-gifting technologies will gain in popularity. Giving will become a quick-and-easy experience that meets individuals’ impulsive need to serve the greater good. (6)

“The unfortunate reality is that fundraising will become more difficult unless nonprofits change the ways that they approach both donors as well as data. Recent studies have shown that donor retention has been consistently going down and a big part of that is while technology is getting better at communicating, fundraisers aren’t using the technology in ways that make a meaningful connection with their donors. The organizations that invest in smart usage of their data will buck the trend of retention and grow their missions significantly.”

“The direct mail, digital, events, and telephone donor database systems will finally be fully integrated, thereby providing for a seamless CRM solution that will deliver donor prescribed content based on the timing and channels that donors prefer” (7)

3 — Why Charities should care about individual givers

Private donations make up the lion’s share of the donation market and continue to grow in value. Despite this, it is possible this could decrease when looking at comparative markets. In the US for example, there has been a continuous fall in the share of philanthropy coming from broad mass-market individuals, although it is still the dominant source.

The Future of Individual Donating

1 — Who Is Doing the donating

Millennials in NZ represent 21% of the New Zealand population and will make up 75% of the workforce in the Next Decade. (10)

Research on millennial giving patterns compared to boomers and gen X as follows:

The baby-boomers are dying much sooner than expected and leaving unprecedented legacies, where these have not been mopped up by care-home costs. Many charities do a legacy campaign that is anywhere near to being up to the task and the possibilities. (13)

It is worth being wary of an ageing population. Although this doesn’t reflect who are the key donors, it does reflect a change in the way NZ will look and feel.

A potential decline in total no. of donors in NZ

The broad mass-market donors currently make up just over half of total donations. This is expected to slip due to greater growth in other forms of fundraising and the falling proportion of donors among the population.

2 — How will they be donating / how much

Direct debit, but a change from the status quo

Direct debits (and standing orders) have been an incredible, regular, tax-effective, and predictable source of income for many charities over the last few decades. However, 20 years from now, I predict they will be a fading star. A number of factors are going to contribute to this decline. Legislation on data collection and permission-based database appeals have already eviscerated the main sources of direct debit recruitment: telephone fundraising, cold mail, and supporter appeals. Regulations are making door-to-door fundraising and street fundraising more difficult. All this means that the mechanisms by which people are recruited to direct debits have become harder and less common. (15)

We will see more donor networks composed of individuals who come together around specific causes, engage in volunteerism, and/or willingly promote the activities of the causes and organizations they support. Increasingly, fundraising staff will have the capability to track these networks as well as other peer groups and use that information to leverage their resources. (16)

Donors will provide smaller gifts but will give several times over the course of the year. Organizations that provide small, impulsive gifting opportunities will be better positioned to strengthen their relationships with donors. In addition, donors will continue to drive smaller gifts toward projects where tangible results can be demonstrated. (17)

Monthly Giving with potential to grow

Although currently accounting for only 17% of all online revenue in M+R’s 2016 Benchmark study, this reflects rapid growth. In 2015, monthly revenue grew by 24% across all sectors, compared to 18% growth in one-time revenue. Encourage this by helping donors understand the value of monthly gifts and create content specific to these givers.

Bequests expected to be a big market

Leaving a gift to charity in your will is usually the single most significant level of support provided by donors over their lifetime. The combination of an ageing population and the so-called “baby boomer bulge” as the number of older New Zealanders rise, plus increasing asset values with significant gains in property prices, point to strong gains in bequest values in the next two decades. This is part of the massive wealth transfer taking place in many western countries and should provide a strong boost for charities. While many causes will benefit, it is particularly helpful in some cause areas, such as animal welfare where bequests have historically provided a large proportion of total income.

The growth in the expected number of annual deaths in New Zealand is likely to rise steadily from the current 33,000. Historically around 1.4% of assets are left to charity, providing a good potential revenue source for the sector from the estimated $150 billion wealth transfer over the next decade. (18)

3 — Why will people donate

Some of the giving patterns we see in today’s under 35s include a much more social aspect to donations — giving is done with friends, in a social setting, or in a way that can be broadcast on social media. It is also much more transactional — people are less loyal to particular charities, and more likely to give because the activity or cause is good. How many people who run a triathlon, do the ice bucket challenge, take a #nomakeupselfie, or take part in Movember care that much about the cause? The activity is supreme, and the charity second. This is one of the reasons that we fear for the future of individual donations to charities — how do you put a photo of direct debit on Instagram? The real question is whether today’s under 35s will gradually take up the giving habits of the current over 60s. (19)

Communication of stories, not just appeals

Virtual communications and social media present an easy way for an organization of any size to reach new audiences. The challenge over the next 20 years will be for the potential and power of social media as a communications tool (rather than a fundraising tool) to be realized. The real winners will be those whose social media is allowed to be full of the P’s: passion, personality, people, and opinion. (20)

4 — What people will be donating to

In NZ, religion remains the main cause supported but its dominance has fallen and guided by census data, which is expected to fall further. The largest gains for receivers is in welfare and human services related sectors such as social services, community development, and disabilities. (21)

Internationally there have also been changes in the level of support for various causes over time. Although New Zealand doesn’t have the timeframe of comparable data, it is informative to look at the changes in the USA over the past almost 50 years. Giving to religious causes has always been in the top position but its dominance has fallen. The proportions were only slightly lower in New Zealand a decade ago, but have held up better than in the USA. This fall, in turn, provides opportunities for other causes to take a share in what is still an overall growing pool of donations.

Again, over that considerable time frame available in the USA, the main causes we’ve seen increase their share of donations have been:

We are incredibly grateful for the internet, the experts that provided these insights, and the time to gather and share these thoughts. We believe that, if we went back to our friend and had another coffee, we would have some answers. But could we honestly say we have a full grasp on the future of fundraising and donating? Probably not.

We hope this provided you with some valuable insights. And for anyone looking to understand the future and build something to shape it, we advise taking the wise words of Soren Kierkegaard:

“Life can only be understood backward; but it must be lived forwards”