Why do Kiwis Donate? 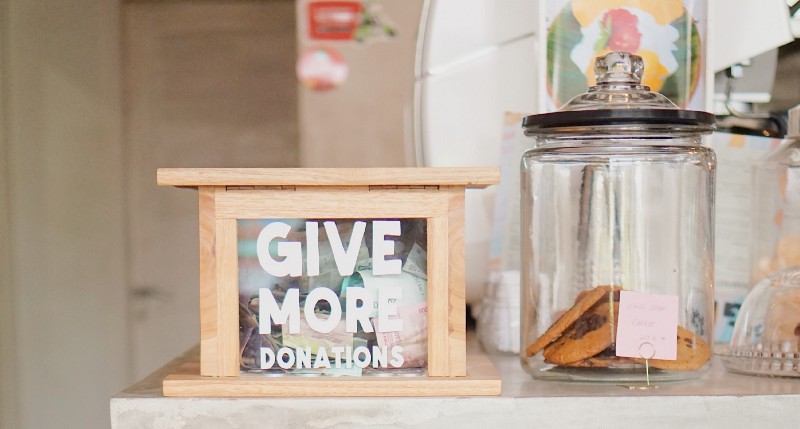 Here at The Good Portal, we are intent on making it easier for Kiwis to find and donate to causes they care about.

But before we could do that, we wanted to know the answer to a simple question — why do people choose to donate to charity?

It’s a simple question, but there isn’t a simple answer. There are some fantastic reports on how people donate to charity in Aotearoa (particularly the New Zealand Support Report published by JBWere in collaboration with Philanthropy New Zealand), but little on why.

We’re not sure why this is, but we believe it's important to understand. New Zealand ranks 3rd on the World Giving Index and is the only country to feature in the top 10 on all giving measures. A lot of money is generously shared, with Kiwis donating around $3.8bn a year to causes they care about.

Charities also represent a large part of society in Aotearoa. At the time of writing (26th June 2020) Charities Services puts the total number of charities at 27,624, and Stats NZ put the population at 5,008,063 people. By our workings, that’s 1 charity per 181 people.

Knowing how generous people are and the important role charities play here, we got curious about the ‘why’ behind it. So we did what all curious people do…

We made a survey.

The survey was a simple Google Form that took about 5–10 minutes to complete. We asked a series of questions centred around four curiosities:

As a reward for their time, we offered to donate $1 to Give Directly, a non-profit providing direct cash transfers to people living in poverty. 109 respondents were happy for us to do this, so we are donating $109.

In total, we had 125 people respond to our call.

We believe the survey to be fairly representative of Aotearoa. We had respondents from 14 regions across a variety of ages, from 18–24 to 65 and over. Our respondents were mostly female, with representation across other gender identities. We did not collect data on participants ethnicity and acknowledge this to be a limitation.

We are incredibly grateful for the time taken by these people to generate these useful insights.

The majority of Kiwis donate to charity.

The main reason people would donate to a charity is that its a cause they care about.

Regardless of whether respondents do or do not donate to charity, their primary reason for donating is because its a cause they care about.

The most popular way to donate money is online.

Participants were asked to rank how effectively they thought charities spend their money on a scale of 1–10. Regardless of whether people do or do not donate, people showed high levels of trust:

The majority of donations made are less than $50 per month.

Donors want to see where their money goes.

When donors were asked what would make their post-donation experience better, 51% prioritised visibility of donation data, and 52% on receiving impact reports.

When donors were asked how they would like charities to communicate the impact of their donation or if they had any additional insights on communications. One respondent wrote:

“The charity that I have donated too for the longest is the one that sends me really positive updates on what they have achieved and how the money I donate has been spent. I appreciate hearing about the positive impacts.”

From the data above, it is clear that Kiwis are willing to donate their money, so long as they can find and connect to a cause that they see as important.

What is also clear is that the bulk of donations take place online. With the majority of transactions being via direct debit either through charity or appeal websites, simple and easy to navigate donating interfaces are needed to make giving a little a whole load easier.

If people are going to donate, they need to be moved by a story that makes them care about a cause. And when they do donate, they want to know that their money is meeting that cause. If charities want to keep their donors engaged, then engaging stories that allow donors to feel connected are just the ticket.

We hope you found this data insightful. If you’re interested, you can view our infographic on the above data here.

If you have any questions or comments, give us a shout. You can contact us at hello@thegoodportal.nz.